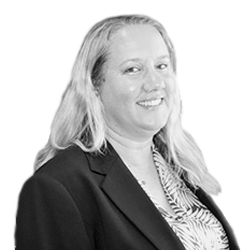 When you undergo a medical procedure, you will have, or certainly should have, a discussion with your doctor or surgeon about what you can expect from the procedure and the risks of that specific procedure. You will sign a consent form acknowledging the possibility that complications may occur. So, if something goes wrong and you suffer an injury following a procedure, can you bring a claim for negligence? The answer, in a nutshell, is yes if it can be shown that the complication was due to poor care.

How to be sucessful in your claim

To bring a successful clinical negligence claim, you must show that the care you received was not reasonable. In other words, no other clinician faced with the same presentation would have made the error that led to the complication. You thereafter need to show that because of the breach, you suffered an injury over and above that which you would have suffered in any event.

Sometimes complications can happen that have nothing to do with poor care and no matter what reasonable steps were taken, the complication would have occurred. In the consenting process, it is important that the doctor, dentist or other clinician goes through the likely complications with the patient to prepare them for any eventual outcome. The patient can then make an informed choice whether to proceed with the treatment or not by weighing up the risks and benefits. Failure to do this could be negligent.

Complications come in many forms and vary dependent upon the procedure being undertaken. Common complications include shock, haemorrhage, infection, DVT, pulmonary embolism and reaction to anaesthesia. They can occur for many reasons. This includes lifestyle causing issues such as obesity (due to challenging administration of anaesthesia, problems with veins and body habitus). Smoking can affect wound recovery and blood perfusion. The procedure itself can be high risk, such as heart and brain operations. Every person is built different. Anatomy can vary from person to person with organs in slightly different positions which can cause difficulty and requires skill of the surgeon to identify and navigate.

Having identified potential complications, the treating doctor and team should take reasonable steps to protect their patient against these complications. Failure to do so could be negligent and lead to an actionable claim. For example, if a patient is a known haemophiliac, prophylactic steps should be taken to reduce the chance of bleeding in the procedure.

It is important also to recognise that just because a patient has consented to the risk, it does not mean the complication should occur. For example, if the surgeon has demonstrated poor technique during the operation which has led to a dissection of a vein or the like, just because this is a bleed and as such is a recognised risk, it was brought about by unreasonable care and as such, a claim for negligence could be brought.

Arguably, it is also an actionable claim for negligence if the complication does occur (albeit non-negligently) but there was a delay in identifying and treating it. For example, failure to identify a wound infection or failure to note a bleed during surgery requiring readmission and treatment.

To summarise, complications happen and sometimes they cannot be prevented. However, just because you have consented to a complication does not mean that it should have come about had reasonable care been provided. It is worth asking your doctor or making a complaint to the Hospital to find the reason for the complication and if you feel that reasonable care was not taken, contact us. We are specialists in identifying prospects of succeeding in cases such as this and are happy to help consider this with you.