Delay in diagnosis – A general overview 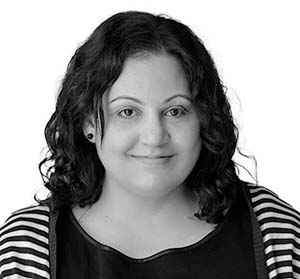 A delayed diagnosis or late diagnosis is when an illness or medical condition is missed by a medical professional, and only spotted when it’s more advanced.

‘Delayed diagnosis’ also refers to an instance where a patient’s health condition, disease or ailment is not diagnosed within a reasonable amount of time. It does not refer to instances when a patient does not seek medical care as there has been no opportunity for the diagnosis to have been made by a doctor.

Most common causes of delays in diagnosis in clinical negligence cases

There are many reasons that a delay in diagnosis can occur and sometimes this is not due to negligence. To bring a claim for negligence the claimant needs to show that the care received was unreasonable and that this led to an injury over and above that which would happen had in any event.

Sometimes symptoms can mimic other, more common, conditions and it would be reasonable to investigate these conditions before seeking more unusual causes. Sometimes there are just no red flag symptoms to the condition until it is too late.

Examples of negligent delay in diagnosis can come from:

Failure to refer – If someone has attended their GP or hospital with ongoing symptoms and they fail to refer you sooner for further tests/investigations as to the cause. An example would be blood in stool or urine that would normally require an urgent referral to investigate possible oncology causes.

Failure to recognise symptoms – If someone has attended their GP or hospital with specific ongoing symptoms that were not recognised/picked up as potential causes of something, an example would be acute bladder dysfunction or loss of sensation in legs due to cauda equina syndrome, as these require immediate referral to hospital.

Incorrect prioritising – If a patient were not referred as an urgent case.

Misdiagnosis – Any initial symptoms are assumed to be the cause of something else, for example mistaking symptoms of sepsis for a milder infection.

Thankfully, in most cases, a delay in diagnoses does not have lasting or serious effects but sadly in some instances, the delay can have serious implications or even be fatal. Some of the biggest factors where a delay in diagnosis can lead to more serious outcomes are;