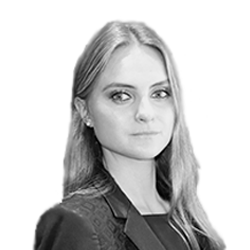 It moves quickly and time is of the essence.

It is therefore shocking that some hospitals are still slow to identify symptoms and treat them accordingly, with a recent article from the BBC highlighting the sepsis issues at large.

This article highlights alarming statistics from a recent University of Washington study, stating “one in five deaths around the world is caused by sepsis” with an estimated 11 million fatalities a year.

This is more than those killed by cancer.

Rates in the UK are higher than that of neighbouring countries (including Spain, France and Canada) with 48,000 deaths from the sepsis disease each year.

How does sepsis start?

Sepsis develops when your body is fighting infection.

The cause of the infection could be as innocuous as a cut on your finger or tummy bug.

Chemicals in the immune system release into the bloodstream to fight the infection but can cause inflammation throughout the body instead.

It is easy to see how differential diagnosis such as flu may be made, but if you have a pre-existing injury, no matter how small, arguably sepsis must be considered should you develop these symptoms.

Failure to treat quickly can lead to severe complications including amputation, organ failure and even death.

If treated early, the condition can be managed at home with antibiotics and most have a full recovery.

Therefore, it is arguable that if you attend hospital with these symptoms and a history of a previous problem such as injury or illness, it may be negligent for the medical staff to not consider sepsis and treat accordingly.

If you feel you have suffered from a delay or failure to treat sepsis, and you consider the care received to be unreasonable which has led to an injury over and above that which you would have had in any event, please contact our team today.

The medical negligence team at Specters can be contacted on 0300 303 3629 or in person at the London office: 49 Britton Street, Farringdon, London EC1M 5UL.