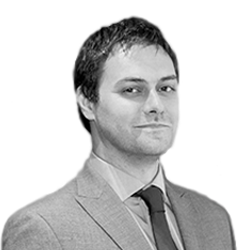 With certain exceptions, an employer is responsible for the health and safety of their employees at work.

This means that an employer has a legal duty to provide their employees with, among other things, safe work equipment. If they fail to do so and an employee suffers an injury, then the employee may have a claim.

Work equipment covers a vast array of different items; it includes vehicles that employees drive, vast fixed machines in factories and something as small as a screwdriver, but it is machinery with moving parts that has the greatest capacity for injury.

There can often be a temptation to cut corners with machinery. After all, if a machine is out of action for cleaning or maintenance, that can cost the employer time and money. The machinery might not be in the best condition, but replacing or repairing it also costs money. Operating a safe system of working with a machine may be longer and less efficient than the ‘real world’ way.

I do not suggest, of course, that all employers are callous and would put profit ahead of the health of their workers, but sometimes the condition of machinery falls by the wayside and safe systems of work fall victim to complacency.

To offer an example, I acted for a client that I’ll call Mr S. Mr S was a carpenter and his employer provided his tools while he was at work. One of those tools was a circular saw. For some reason, the blade guard was missing; Mr S believed that it had broken and never been replaced. The blade guard is an essential safety measure on this type of saw.

Mr S was cutting a length of wood when the saw hit a rough part of the wood and ‘bucked’ to the side. If the blade guard had been present, Mr S would have been fine, but because it was not, the saw severed his thumb. Unfortunately, doctors were not able to re-attach the thumb.

Mr S sued his employer for failing to provide safe work equipment. The employer argued that Mr S was responsible for the accident for using the saw in an obviously unsafe condition, but really Mr S had little choice in the matter.

Ultimately, Mr S was successful and recovered substantial compensation, but it is fair to say that his life will never be the same again for the sake of a few minutes and a few pounds to replace a missing guard.