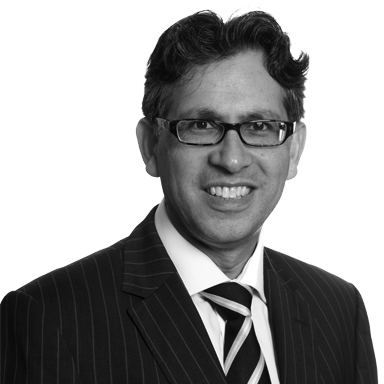 In 2017 Linda Box who was an equity partner in the firm Dixon Coles and Gill pleaded guilty to 12 offences of dishonesty involving the misappropriation of just over 4 million pounds and sentenced to a term of imprisonment of 7 years. The firm of solicitors in which she was an equity partner established for some 200 years was forced to close. In the High Court in “Lord Bishop of Leeds v Dixon Coles And Gill (A Firm) & Ors”, the remaining partners were faced with 2 separate claims which were the subject of an application for summary judgment.

What is a summary judgment?

Summary judgment is an application that can be brought during proceedings if one party believes that it has an overwhelmingly strong case. Essentially, a party can obtain summary judgment if it can clearly demonstrate that its opponent has no real prospect of succeeding in the litigation.

Solicitors are required to carry professional indemnity insurance. This is a commercial policy designed to protect clients should things go wrong in their dealings with solicitors.

One of the minimum terms and conditions of professional indemnity insurance is that the sum insured for any one claim must be at least 2 million pounds. Another clause (known as the aggregation clause) provides that when considering what may be regarded as one claim for the purpose of a limit of indemnity, certain claims can be aggregated and treated as one. The firm’s policy only provided for the minimum permissible cover of 2 million pounds and it also contained an aggregation clause. The actions of Linda Box would significantly exceed the 2 million pounds indemnity. If the actions on the part of Linda Box were to be treated as one claim then the insurers obligations would cease at 2 million pounds with a balance to be met so far as possible by the remaining equity partners in so far as they were found to be liable for Mrs Box’s actions.

The PI insurer asserted that despite misappropriation of funds from different parties, it was all one claim and therefore, its liability was confined to 2 million pounds. However, if the claims by each party were to be treated as separate claims then the remaining partners would be able to seek an indemnity of 2 million pounds against each claim.

In summary, the Court took the view that there was insufficient “interconnection” between Mrs Box’s acts except for the fact that they were all committed by Mrs Box and perhaps concealed by the same process. Such factors were not considered to be enough for the purposes of aggregation. It was crucial to consider carefully the language of the clauses. Particularly against the glossary that defines certain words and phrases. It is clear from the various cases that they are all very much fact sensitive and in the instant case it was unrealistic to conclude that there was any basis upon which the evidence could produce a sufficiently unifying connection between the thefts, despite the similar processes and the fact that they were all committed by Mrs Box.

Soyab is a Director at Specters Solicitors.

If you have a question or would like to speak to a professional negligence expert, we invite you to get in touch. Submit an enquiry form, request a quick call back below, or phone us on 0300 303 3629.